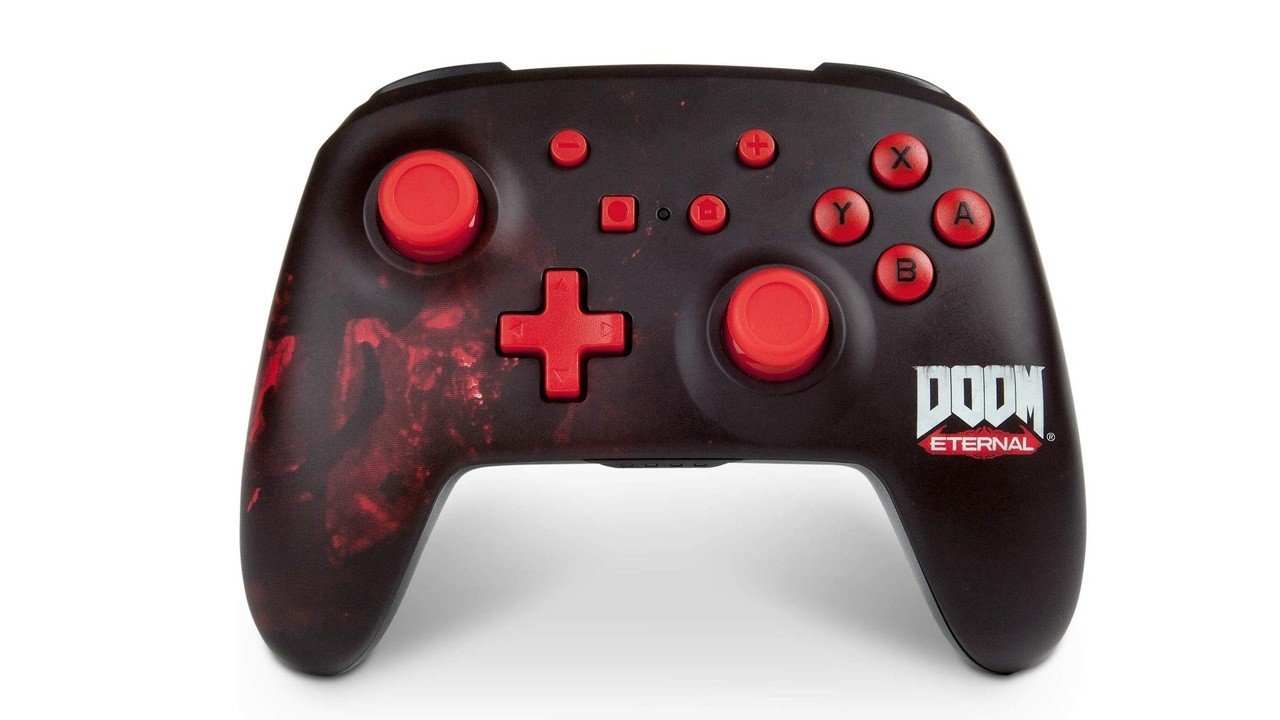 For quite a while now, PowerA has been producing officially licensed Pro Controllers for the Nintendo Switch. So far, we’ve seen gamepads inspired by Super Mario, Metroid, The Legend of Zelda and earlier this week the accessory manufacturer revealed two new Animal Crossing: New Horizons designs, due out next month alongside the game.

That’s not all, though. In addition to Animal Crossing controllers, a listing on Amazon has revealed a Pro Controller for the upcoming release DOOM Eternal. The design includes a graphic, the game’s logo and has red-coloured buttons. This controller follows on from the one PowerA released in 2019, which celebrated the 25th anniversary of DOOM.

The controller is expected to arrive alongside the Animal Crossing designs on 10th March for $49.99 and pre-orders are now live.

Unfortunately, there’s no word on when DOOM Eternal will arrive on the Switch. Last year it was delayed and earlier this week, id Software said Panic Button needed some time to refine this particular version. At the very least, the release of this Pro Controller reassures us the game is still on its way to the Switch.

What do you think of this latest controller from PowerA? Are you looking forward to the release of DOOM Eternal? Tell us below.