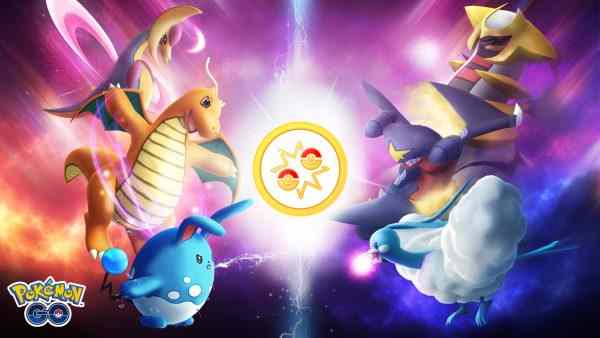 Pokemon Go players can start going up against one another in the Go Battle League.

Niantic Labs has started rolling out a preseason trial of Go Battle League, which brings PvP to Pokemon Go.

To make sure things go according to plan, the preseason will be rolled out based on Trainer level at the moment. More players will be added as soon as stability can be ensured.

Trainers included in the first initial round of inclusion will be able to help optimize and balance the Go Battle League feature. This will also provide the developers with information on the ideal length of seasons, rating thresholds for ranks, and more.

Trainer Battles within the Go Battle League will rotate between the three leagues, and you will earn rewards for ranking. For the preseason, things will kick off with the Great League and then move on to the Ultra League and the Master League. Leagues will rotate every two weeks.

While you can still rank during the preseason, your rank will be partially reset at the beginning of Season 1. You will still earn rewards for battling and winning.

Taking part in the Battle League will earn you rewards determined by rank and battles won. Trainers will be asked to walk a certain distance (five-kilometers) in order to earn entry and unlock five matches. This can be done up to three times per day. As you battle, you can earn large amounts of Stardust depending on rank and the number of battles won. You will also be able to earn Rare Candies, TMs, and exclusive Pokemon encounters.

One of the exclusive Pokemon encounters is Pikachu Libre from Omega Ruby, Alpha Sapphire, and Pokken Tournament. As your rank increases, you can also look forward to avatar items inspired by Pikachu Libre as exclusive rewards.

The Premium Raid Pass will soon become the Premium Battle Pass. According to Niantic, it can be used to enter Raid Battles or to enter the premium track in the Go Battle League. The pass will provide you with the opportunity to earn better rewards for each win and lower the number of wins needed to activate certain Pokemon encounters.

The cost decreases as you get closer to the five-kilometer goal, but you will need to have walked at least two kilometers before you can use this option.

Niantic said to stay tuned for more details on when the preseason will end and Season 1 will begin.

February 5, 2021
Cyber Shadow is a 2D action platformer that starts out as a blast from the past reminiscent of Ninja Gaiden, but as it adds...

February 5, 2021
Olija is an exceptionally striking 2D retro themed platformer with great combat and a unique visual style, but it’s let down by an all...