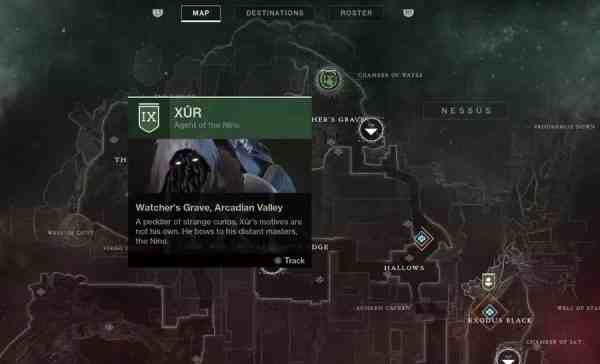 Xur: Agent of the Nine is back.

Destiny 2 players will find Xur this week on Nessus hanging out at Watcher’s Grave.

He is peddling a grenade launcher, a helmet, gauntlets, and leg armor this week.

Get what you need before the reset rolls around on Tuesday, January 21.

The Exotic Weapon this week is the grenade launcher, The Colony.  This Void grenade launcher fires little robot spiders instead of standard explosives, and they chase after nearby enemies. It reloads itself even as you’re holding, and according to Destiny 2 lore, the spiders are running into the chamber on their own.

February 5, 2021
Cyber Shadow is a 2D action platformer that starts out as a blast from the past reminiscent of Ninja Gaiden, but as it adds...

February 5, 2021
Olija is an exceptionally striking 2D retro themed platformer with great combat and a unique visual style, but it’s let down by an all...